Babu Owino ‘offers’ Cleophas Malala one of his degrees

Babu Owino ‘offers’ Cleophas Malala one of his degrees 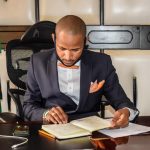 Lawmaker Babu Owino has cheekily offered to solve the suggested challenges facing his colleague Cleophas Malala by offering the Senator one of his academic degrees.

Malala, the outgoing Kakamega Senator, and who is now eyeing the county’s gubernatorial seat, has been hogged by controversy in recent times amid concerns his degree is not genuine.

The electoral laws dictate any gubernatorial aspirant must have a University degree.

And Owino, the Embakasi lawmaker, is offering to come through for Malala in the event his degree has ‘issues’.

But the controversial Owino, born Paul Ongili, and who is known to have two degrees and a Masters degree, warns the academic certificates will not come cheap.

Academic dwarf,Academic orphan,Village salad,that’s him.Let him come I’ll sell him one degree Certificate.
1.Actuarial Science(First Class Honors) will cost him an arm and a leg plus his heart and Two kidneys.
2.Masters in Actuarial Science will cost him.. https://t.co/nTw1JbNElZ

The Kenyan laws also indicate one cannot use another person’s degree in search of employment opportunities.

Owino’s move comes days after Malala shared copies of his academic papers on social media as proof of his suitability to contest the county’s gubernatorial seat.

The papers he shared were supposedly certified by the Commission for University Education.

“The Commission for University Education (CUE) has duly certified and recognized my academic credentials and henceforth advised the IEBC to clear me to contest in the August 2022 gubernatorial election, Kakamega county. Those who cherish propaganda, feel ashamed. Attached are the true copies of my academic accolades,” he tweeted.

In a previous radio interview where he was tasked to address his academic qualifications, Malala claimed to have commenced his education at Sunshine Secondary School in Nairobi before transferring to Friends School Kamusinga in Bungoma county.

The legitimacy of the drama teacher’s High School leaving certificate has also been questioned.

Upon completing High School and attaining a B- result, Malala claims he initially joined Moi University in Eldoret but his dad would transfer him to the United States International University (USIU) –  Africa in Nairobi to complete his studies.

He however completed his three year degree in seven years and needed another eight years to go and collect his degree.

It’s been a tough week for the vocal Senator as earlier this week he was also forced to publicly apologise for the demeaning remarks he made about police officers in the country.

Malala had claimed that police officers do not need education to discharge their mandate.

His remarks drew an immediate response from the National Police Service and serious backlash from Kenyans on social media, with some questioning his academic credentials.