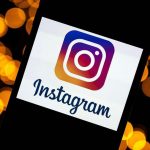 Instagram has rolled out new features in Reels providing users with more ways to apply their creativity to short video clips.

These features are intended to help content creators engage with their audiences, attract viewers, and express themselves in new ways.

Instagram Reels can now be 90 seconds long instead of the previous 60 seconds.

While the new feature still doesn’t allow Reels to be as long as TikToks which can now be as long as 10 minutes long, it still is a step towards longer short-format videos. Such videos are seemingly becoming more popular, especially among creators.

The Meta-owned Instagram also announced a number of other features that make Reels easier to use. These include templates, interactive stickers, fresh sound effects and the ability to import your own audio.

Fresh sound effects now include effects like air horns, crickets, drums and other sounds that users can now use in their Reels.

Meanwhile, the import audio feature lets users add commentary or background noise from any video that is at least five seconds long.

Instagram now also allows creators to use another video as a template when creating their own Reels.

By pre-loading audio and clip placeholders from source videos, users will only need to add and trim their own unique clips.

According to Instagram, public accounts with more than 10,000 followers who posted at least five reels over a 60-day period gained 250 per cent more followers than those in the same category who did not post reels.

Currently, the social media platform’s video is its fastest-growing feature worldwide, with more than 675.3 million users.