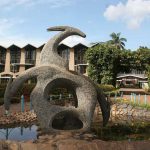 An international fugitive linked to direct involvement in organised crime in Sudan has been arrested in Nairobi. The suspect, identified as Mohamed Nagi Mohamed Magzoub, was arrested o Monday evening at his hideout at the University of Nairobi staff quarters.

Directorate of Criminal Investigation (DCI) boss George Kinoti said the fugitive was arrested during an operation conducted by Transnational and Organized Crimes detectives.

“Arrangements to extradite the suspect to his home country where he will face justice are in top gear. The Directorate is looking for the next available flight to Khartoum to hand him over to Sudanese authorities,” Kinoti said.

According to the DCI, several international fugitives wanted for serious crimes in their countries have been arrested in Kenya following the excellent working relationship between the International Criminal Police Organization (Interpol) National Central Bureau based at the DCI headquarters and other member countries.

Magzoub’s arrest comes days after one of the two men wanted by the US government was arrested at his hideout in Nairobi.

Badru Aziz Saleh was seized following a tip-off by members of the public, a few days after the US Embassy’s Charge d’affaires Eric W. Kneedler and Kinoti announced a Sh230 million bounty for him and his accomplice Abdi Hussein Ahmed. Abdi is still at large.

Mr Saleh is set to be extradited to the US to face charges of trafficking narcotics and wildlife. Authorities are still calling on anyone with leads on the whereabouts Mr Ahmed.

“We welcome the news that Aziz Saleh has been captured. This would not have been possible without the public’s support. Abdi Hussein Ahmed is still out there and I continue to appeal to the public for information leading to his arrest,” said Mr Kneedler.

The US Department of State’s Transnational Organised Crime is keeping the information about who the bounty goes to a secret for their own safety. Recipients usually receive the reward upon successful conviction of the wanted persons.

Woman dies in Nyayo estate ‘after weeks of prayer and fasting’