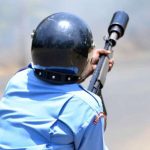 IPOA Chairperson Anne Makori confirmed a Migori court had issued summonses against four police officers, and directed the County Commander to ensure they appear in court on June 7, 2022.

According to the chairperson, the officers are charged with murder in relation to the death of Mr. Daniel Weisiko Moi who succumbed to injuries reportedly sustained during a police operation to recover stolen livestock at Nyabukarange village, Kuria West District on January 26, 2016.

“They are charged with assault after investigations by IPOA established that Mr. Thomas Monanka Mwita was injured in his chest and private parts, injuries that were inflicted by gun butts and kicks. The incident happened at Kehancha township on June 5, 2019,” Makori said.

She added that the Constable faces an extra charge of disobeying summons, contrary to Section 31 of the IPOA Act reads in part; “A person or body who disobeys a summons by the Authority…commits an offence and shall be liable on conviction to a fine not exceeding five hundred thousand shillings or to imprisonment not exceeding three years or to both.

They are expected to appear in court and plead to the charges on June 9, 2022.

In a similar case in Kisii County, the Office of Director of Public Prosecutions (ODPP) has directed the County Police Commander to present Police Constable Vincent Cheruiyot Langat within fourteen days, at the local law court.

The Police Constable is facing a murder charge.

The directive was given on May 24, 2022, after the IPOA launched an investigation following the death of Mr. Charles Onditi Omwancha at Kisii Teaching and Referral Hospital, where the patient was being treated for injuries he sustained at Club 23 located in Ramasha Trading Centre.

In Homa Bay, the ODPP has directed the area Police Commander to ensure Corporal Phaminus Kariuki is in court on June 7, 2022, to answer for a murder charge.