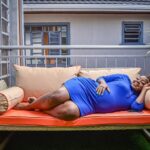 Kenyan actress Jackie Matubia has shared how she was able to garner over 100,000 YouTube subscribers in three weeks, which is considered an impressive feat.

In a recent interview at the Infinix Note 12 launch event, the onscreen star said she used to share many short relatable videos via her Instagram, but after a while felt the need to share longer videos that people could come back to any time.

This inspired the soon-to-be mother of two to start a YouTube channel, which to her surprise grew quite exponentially.

“I remember the first time I posted that I am on YouTube, I called my best friend and told her that I wanted to tell my fans that I had a target of getting 10K subscribers. She then told me that I would easily hit that target in a matter of hours so she encouraged me to aim for 50,000,” she recalls.

The content creator also stated she was a bit doubtful about getting 50,000 subscribers but decided to take a leap of faith and ask her fans to help her reach the target.

“I was skeptical about that target because it seemed too big to achieve. But I went for it and told my fans to help me get to 50K. I got 50K subscribers in about a day or two, and then the numbers kept growing from then on,”

Matubia expressed gratitude to her loyal fans noting with their help she was able to grow and go beyond her initial target.

“I would like to say thank you to my fans out there, the people who love and support me genuinely. You are the reason that I am here today,”

The former Tahidi High actress added that many of her fans rely on her content for entertainment because her laughter is one that they find pleasant to hear when having a rough day.

“Then you know, there are some people who have bad days and just decide to go check out my content because it makes them happy. They tell me that they love my laugh, in that when they log on to Instagram and hear my laugh, it makes their day,”

The TV star also responded to the viral scandal that has been circulating about her allegedly not paying for decor services.

“All I can say is that my mum taught me well. She taught me to fight my battles on my knees and that’s what I did. At the end of the day I, the person, and God know the truth.”