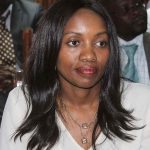 Susan Kihika is the most popular Nakuru gubernatorial candidate ahead of the August 2022 polls.

A poll by Mizani Africa shows that Kihika, who is gunning for the seat on a United Democratic Alliance (UDA) ticket, has garnered an impressive 58.4% of the ratings.

Kihika is followed incumbent Lee Kinyanjui who has 39.8%. Stanley Karanja is third has 1.0% of the votes.

Kihika is the current Senator of the county since 2017. Daughter of prominent politician Kihika Kimani (now deceased), the contestant, also a prominent lawyer, has also served as the Speaker of Nakuru County Assembly.

Despite the impressive ratings, Kihika has had to put up a brave face after a fallout with officials allied to Ruto.

This followed accusations  of interference with the party nominations coupled with underlying supremacy battles over control of Nakuru.

Nonetheless, she has worn a brave face and dismissed claims of being at loggerheads with UDA officials.

“I am not having any trouble with my party. That is political propaganda. I am firmly in the UDA party,” she said in an interview.

Meanwhile, Kinyanjui, who is gunning for a second and final term in office, dropped Dr. Eric Kipkoech in favour of Franciscar Jelagat Kamuren.

Explaining why he chose Kamuren, Kinyanjui an accomplished grass root mobiliser with a strong passion for community development.

Kihika picked David Kones as the man to deputise her after a rigorous vetting process of 16 candidates.