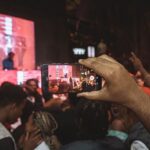 An entertainment club in Nairobi battling racism accusations has announced it is shutting down operations pending investigations from authorities.

The Alchemist club announced in a statement the  investigations by the Nairobi County Government are geared at ‘determining whether the guests in question were denied entry and if there is a policy in place to have separate lines for guests’.

Secondly the closure will give room to determine whether The Alchemist club has ever had a policy on discrimination with interviews and footage of past events at the premises being reviewed.

“(There will be a )Review of the 3rd Party Security Services based on reviews and footage to determine which actions and recommendations should occur,” the management said.

The Alchemist club management adds the last days have been a learning curve, with lessons on how much work they have to do to hire a new security team and develop new systems and procedures to ensure every single person felt welcome.

The management has consistently denied claims of discrimination, insisting a viral video suggesting otherwise did not depict a true picture.

The video appeared to show black and white customers lining up separately to gain access to the club.

The management has since explained there is only one main entrance to the venue where all customers who are entering for the first time must go through.

Additionally, the management says of the clip of the customer who was allegedly discriminated against shows he had gone through the same gate after having a conversation with another individual.

“There was a group of customers who had stepped out and were re-entering into the venue. The security allowed them to come in through the exit line in order not to clog about the main entrance. The video that was shared by a private individual made it appear that another customer was denied entry – that’s simply not true.”

Over the weekend, The Alchemist club caused an online uproar after a video gone viral depicting blacks and European lining up to join the entertainment joints in different queues.

Kenyans on Twitter (KOT) and Former Nairobi Governor Mike Sonko lamented over the incident, with the flamboyant politician calling for the club to be closed.